Black Outlaws and Cowboys of the old west you might be saying with wonderment and head scratching!

“Why that’s an oxymoron! I’ve never heard of such a thing!”.

Yeah, Yeah I know you haven’t because they were literally “white washed” (pun intended) out of Old West history.

Oh I know you may have heard of the “Buffalo Soldiers” but that was only part of the story.

According to historians, about a third of all the cowboys were African Americans.

Bet you never saw that in the movies when you were growing up did cha?

The doctrine of white supremacy and the inferiority of blacks and other non-whites permeated the air during the old west and thereafter.

So the exploits of black cowboys, lawmen (yep that’s right lawmen) and outlaws in the storied history of the old west, wasn’t deemed important or worthy enough of inclusion in the annuls of Old West history. This was reserved for white men only.

I mentioned black lawmen and you probably thought “black” lawmen? (scratching your head at the same time)

I thought the same thing when I first started researching the true history of the Old West. 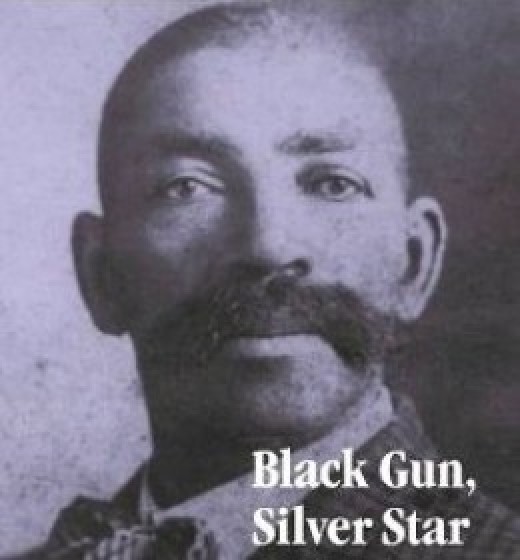 He was born in Arkansas territory but also lived in Lamar and Grayson counties Texas.

Reeves was born a slave and was owned by Col. George R. Reeves, who eventually became the speaker of the house of Texas. Reeves adopted his owner’s last name as many enslaved blacks did.

To obtain his freedom, Reeves escaped to Indian Territory and served with the Union Indian Home Guard Regiments during the Civil War.

After the war ended, he moved to Van Buren, Arkansas and became a farmer. Reeves sometimes found employment as a guide for deputy U.S. marshals working out of the Federal court in Fort Smith, Arkansas.

He bragged that he knew Indian Territory “Like a cook knows her kitchen”. Because of his knowledge and skill as a tracker, Judge Isaac C. Parker, the so-called “hanging judge” because of the many men he sent to the gallows, made Reeves a deputy U.S. marshal in 1875. (Quite an accomplishment for a black man, especially during those times)

Reeves was one of the earliest, if not the very first black man to be commissioned as a deputy U.S. marshal west of the Mississippi River.

He served as a deputy Marshal for thirty-two years and was very successful in performing his duties. He was a celebrated lawman during his life. (Amazing and we’ve never heard of him)

It’s said that the Clint Eastwood’s character in the movie “Hang em High” was based on Reeves life.